Menu
By Michael Pickering
Silk stockings were originally made of a single thread formed into a cylindrical tube.  They were handmade by a process then called tatting and now known as crocheting.  Unlike knitting, which uses two threads and two needles, crocheting only requires one tool, called a hook.  The hook size is scaled to the thread diameter.  In its simplest execution, the process produces a chain-like, continuous series of interlocking loops.  Lace, circular doilies, and rectangular antimacassars were made by creatively interconnecting the chain to form symmetrical patterns.   In the “men’s work – women’s work” divide, tatting fell under the women’s craft and so the products were always useful at home.
Grandma Pickering taught me to tat chains as a preschooler which kept me non-kinetic and silent as I marveled at the ever longer creations while I tried to out-do myself day after day. 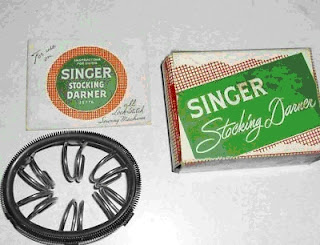 To make a tube, a mandrill or tool is used with the hook.  The tool consists of a tube with projection pins at one end.  The diameter of the stocking (hose and the frequency of pins controls the symmetry and mesh size.  For each pair of stockings an appropriate length was cut off and knotted to prevent unraveling.  The toe was neatly tied off and a garter, i.e. non-stretchable holder, was sewn or tatted to the top. 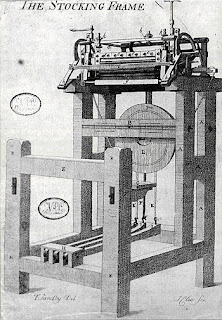 By grammar school, I made my own tube tool with a wooden thread spool and headless brads.  I don’t remember the hook, but I suspect it was made from a piece of wire hanger.
The larger ID reactors that Pickering Laboratories offers are made like stockings.  The mandrill has four pins.  The misnomer is that our literature calls them “knitted” because that is the most common description in print and conversation in our industry.  Describing them properly would only create a lot of idle questions.  The necessity for the crocheting is to minimize band spreading.  The post-column reaction occurs after the separation is complete, so when the peaks enter the reactor they are as far apart as they are going to be.  The torturous path eliminates the band spreading of longitudinal mixing by replacing it with radial mixing.